Supplied new by main agents Brooklands of Bond Street on 11th May 1955 to Mr Ken.E.Carter of 100 Station Road, Sidcup, Kent, this late production DB2/4 Mk 1 was fitted with the 3.0L VB6J six cylinder powerplant from new

Ken Carter was a respected racing driver of the period who was noted for his success in Formula 3 throughout the late 1940s and early 1950s, often competing as a Works driver for the Cooper team and scoring multiple podium finishes. He competed in the Monte Carlo Rally in 1951 in a Humber Super Snipe and again in 1954 in a Jaguar

Carter had earned respect with his racing exploits in Formula 3 and drove alongside the likes of Stirling Moss and Peter Collins, regularly achieving podium finishes in his Cooper 500. Carter had previously competed in two Monte Carlo Rallies and for the 1956 edition he drove his three litre Aston Martin DB2/4 ‘XPC 262’ with friend Robert.D.Ropner, member of the well known Ropner family who had a long standing association with motorsport

His fascinating account of the rally was written by hand in his personal note book and featured a day by day list of stage times and routes which has remained with the car to the present day! In addition to this incredible personal log is the original ‘Monte Carlo Rally Regulation Book’ which has further hand written notes and is accompanied by a plethora of period images and documents from the event

Following the Monte, Carter returned the car to the Works at Feltham to fit an ‘L Type’ (DB3S production spec) cylinder head and twin exhaust system in 1956 and it was subsequently sold, without disclosing its rally history, as he felt it would be detrimental to its value at the time! His family retained all of the original documents

The second owner was racer Ron Fry, the owner of Cheltenham Street Motors, who owned and raced some of the most significant competition Ferraris of the 1960s, including 250 SWB and the well known 250LM ‘RON 54’

The car was sold by Fry and passed through the hands of two private UK owners before ending up in Switzerland in the late 1970s (its early history unknown to the previous owners) before it was acquired by respected Swiss dealer Christophe Grohe who commissioned a restoration in the late 80s, some of which was done by Roos Engineering with many invoices on file. At that time disc brakes were fitted to the front and triple Weber carbs. The engine was rebuilt between 2002-4

After many years of searching, the son of the original owner finally traced the car and acquired it in Switzerland in 2004 with the plan to run in the Monte Carlo Rally Historique, which he successfully completed in 2006, the car being granted the same number as his fathers entry in 1956. The car lived in Spain until December 2020 when it was repatriated to the UK before Brexit

Over the course of 2021 this totally unique and highly eligible Feltham Aston has just completed a comprehensive re-commissioning programme by marque specialists Pugsley and Lewis and is now ready to participate in all of the top historic racing and touring events for which it is eligible, including Mille Miglia, Le Mans Classic, Goodwood, Monte Carlo Historique plus many more

Featured within a nine page article in the February 2022 issue of Octane Magazine (Issue 224) even the Aston Martin Owners Club were unaware of the true history of the car until earlier this year and it is considered to be one of, if not the last undiscovered Feltham Aston Martin with significant period history and bullet proof provenance 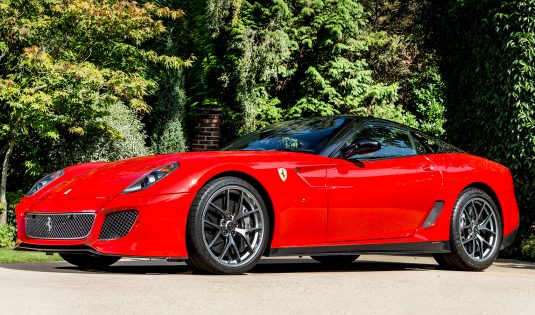 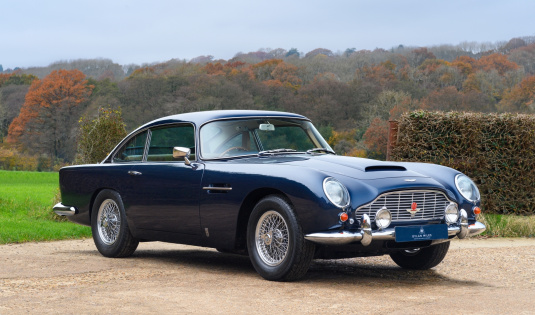