Toward the end of the 1950’s, the production of the Lagonda 3.0 saloon was coming to an end and David Brown already had plans for a replacement, a car that combined the latest technology incorporated in the DB4 with a coach built luxury four door saloon body. The car was to rival the Bentley Continental saloons of the period and was named the Rapide, a revival of the moniker that was made famous by beautiful and high performance pre-war model produced by Lagonda.

During 1960 a DB4 chassis was modified to take a larger body and a De Dion rear suspension system fitted, similar to that used on the 1959 Le Mans winning DBR1. The engine was the current DB4 3.7 litre unit mated to an automatic gearbox. The chassis was shipped to Carrozzeria Touring of Milan with the brief to create a body to match the aspirations of David Brown. A few different styles were designed and presented to David Brown who finally settled on a style that shared similarities to the Facel Vega.

In spring 1961, this car ‘LR/101/R’ (the prototype) was shipped to the Aston Martin Lagonda factory where it was trimmed and prepared for press release. It was registered 5293 MM, the initial coat of blue paint applied by Touring was changed at David Brown’s request to Roman Purple and the car trimmed in Terracotta leather – his favoured colour combination. At this stage, it used a dash similar to the DB4 and the release of the car attracted huge interest and praise from the motoring press and production began with a further fifty-four examples constructed, all of which were built at Newport Pagnell, making this the sole example to be built by Touring of Milan.

At the time, the dashboard was thought to be out of keeping for this style of car so a more ‘luxurious’ version featuring wood veneers was designed and fitted to LR/101/R, the production examples had a slightly different version. By the end of 1961 the Rapide was in production and LR/101/R was used for motor show events, demonstrating the model to Aston’s wealthy clients which included members of the Cartier family who ordered one trimmed in mink, and for the personal use of David Brown.

LR/101/R continued to be used by David Brown throughout the production of the other 54 cars and during this time the 3.7 litre DB4 engine was removed and a 4.0 DB5 unit fitted as per the production cars. David Brown sold the car to a very good friend of his in June 1964 and it remained in his ownership until purchased by John Adams in 1975. During Mr Adam’s custodianship the car was well kept and maintained and included the essential gearbox upgrade – regarded by all in the know to be a necessary job and was subsequently carried out to majority of the remaining cars. 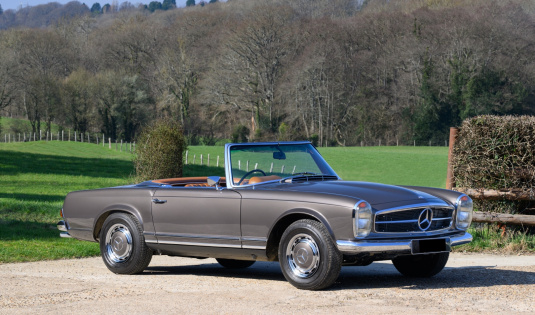 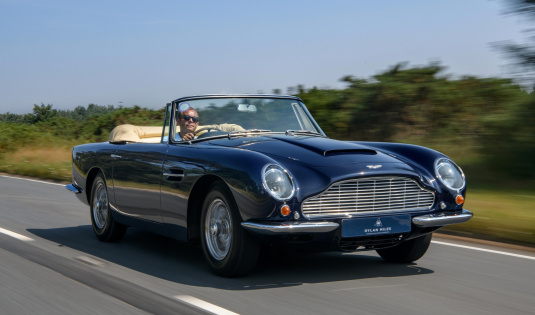