Ordered by Major J.M.Askew of Berwick Upon Tweed and supplied via Brooklands on Bond St on 5th June 1964, finished in Black Pearl with Grey Connolly hide

The next owners were Messrs Singer & James, an architectural and structural metalwork company from Hainault, Essex. During the company’s ownership it returned to the factory on several occasions for servicing and other works up to September 1968 at which point it had covered 20,000 miles

The next recorded keeper was Guy Gibbs Esq, Warwickshire, who acquired the DB5 in 1970 and kept it for the next six years before it was sold to noted Aston Martin Author and columnist Stephen Archer. Whilst in Archers care the DB5 won the 1977 Newport Pagnell Concours Volz Trophy and in 1978 won the Holt Trophy and Wyer Trophy at the Knebworth Concours

Sixteen years later in 1994 the DB5 was purchased by funk music sensation Jason Kay of Jamiroquai to add to his growing stable of exotic cars. The car had been painted Fiesta Red some years before and with mileage at just over 40,000, the DB5 was in very good original condition but required some restoration work

Jay Kay commissioned the restoration with Andrew Thorogood with assistance from marque exponent Ian Mason. The body was stripped to bare metal and new outer sills were fitted with metalwork to the doors and any corrosion cut out and replaced. The braking and suspension systems were completely rebuilt and the engine was rebuilt to Vantage specification with three Weber Carburettors as per factory spec with invoices and pictures on file

The DB5 was repainted in Silver Birch and its original interior was retained, evidenced by its excellent preserved condition and the chassis number written in chalk underneath the lower rear seat section. Jay Kay continued to have the car regularly maintained by Ian Mason until it was acquired by the current owner in 2005

Used on high days and holidays throughout his ownership, this DB5 is offered in excellent condition with comprehensive historical file with restoration and maintenance records and pictures, factory build sheet and a number of previous MoT and tax discs. Having covered only 8000 miles since its rebuild, this DB5 drives extremely well, benefits from both excellent condition, bullet proof provenance and will enhance any collection. 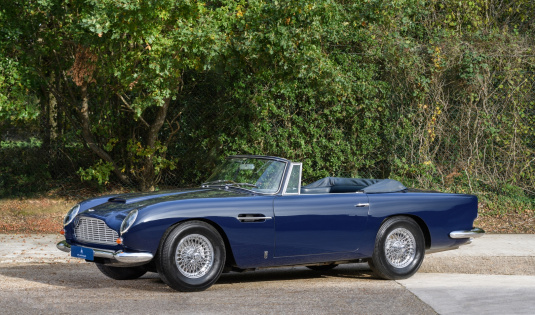 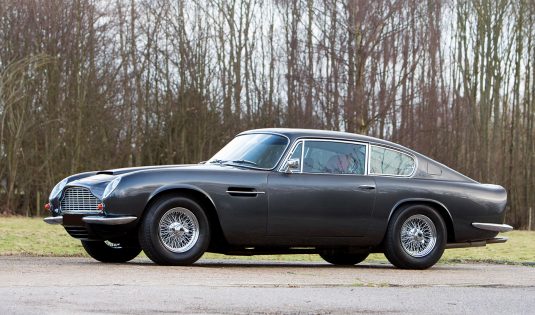