This Series 2 330GT 2+2 was delivered new to a Californian doctor Richard Bagley, MD. Originally finished in Amaranto with beige leather trim (as retained to this day) with electric windows and, as an interim/early Series 2 car, has the more attractive Series 1 type dashboard. It also has the rare option of factory fitted headrests, it is believed only twelve cars were specified with headrests.

The second (Californian) owner reputedly acquired the car in 1970 and by the early 1980s it had covered just over 81,000 miles before being placed into dry storage until 2009 when it was sold to well-known Californian dealer Fantasy Junction. By this time the car was still remarkably original and unrestored retaining original paint and interior making for an ideal recommissioning project given the excellent climate the car had lived in.

In late 2009 it was purchased by a German collector who underwent a huge schedule of works including a full repaint, new ANSA exhaust system, wheels rebuilt by Borrani and a thorough mechanical go through.

Acquired in 2012 by the previous UK owner who collected it from Germany and drove the 500+ mile journey back to the UK without fault. Further works were carried out to improve the cosmetics of the engine bay and the car was used on various outings including trips to historic meetings.

The current owner purchased the car in 2015 and immediately commissioned renowned Ferrari interior specialists O’Rourke Coachtrimmers to carry out a comprehensive interior restoration including; full retrim to the seats in period-correct Connolly Vaumol leather, new dashboard top, new carpet to the cabin and boot, new headlining, new seatbelts, dashboard re-veneer and refurbishment of the steering wheel and heater controls. New speakers were fitted along with a radio conversion to allow ipod connectivity. As one would expect, this work was executed to a top-quality standard and at a cost in excess of £24,000. 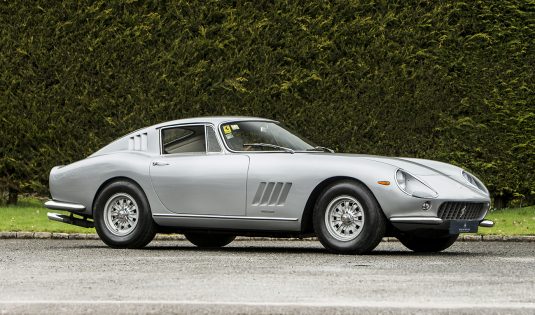 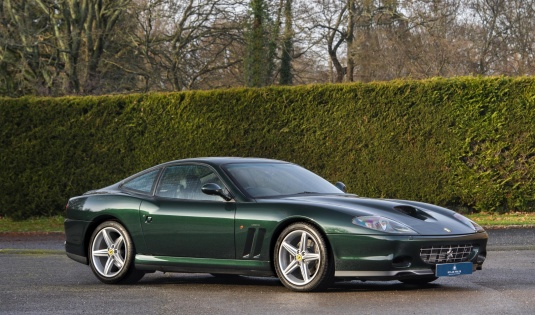