The Billy Smart Circus had made its debut performance in 1958 and soon became a household name in the UK, acclaimed for its highly popular and entertaining shows which often involved crowd pleasing acts with Elephants, Horses and Ponies!

The Billy Smart Circus continued to grow in success throughout the sixties and whilst it ceased touring in 1971, performances were televised until 1983, drawing audiences of up to twenty-two million viewers at the height. The Smart family also developed Guernsey Zoo and went on to open Windsor Safari Park which was later sold to become ‘Legoland Windsor’

Billy Smart Snr was an existing client of Rolls Royce and in 1971 Billy Smart Jnr set his sights on acquiring a brand-new MPW Convertible, to be specified to his own exacting requirements

The total cost of the Rolls including tax was a whopping £12,464, the cost of a very sizeable country estate with change left over!

It is understood that this order caused an internal dispute at Rolls Royce at that time, presumably the company felt this radical specification was not in the spirit of the brand. Mr Smart Snr intervened and told Rolls Royce that if they did not build the car to his sons requirements, he would no longer purchase their cars

Eventually they agreed to build the car and it was subsequently registered with Mr Smart’s desirable cherished registration ‘BS 1’. Interestingly the Smart family also owned the plate ‘FU 2’ which was assigned to a Jaguar E Type they owned

During the early seventies filming had begun on a new TV series called ‘The Persuaders’ and featured Roger Moore and Tony Curtis as the lead actors. Moore’s character was an aristocratic English playboy named ‘Lord Brett Sinclair’ who drove a new Aston Martin DBS six cylinder, dressed up to look like the forthcoming DBS V8 model. Smart agreed to let the production company feature his ‘BS 1’ plate on the Aston throughout the series which became a very popular programme in the UK

The unique MPW Convertible became one of the most well known examples of its type and remained within the Smart stable until the early 1980s when it was acquired by Mr J.M.Harris Esq of SW14, London. At that time the number ‘BS 1’ was retained by the Smart family and an age related number was assigned to the car which it carries today. The Rolls remained in Mr Harris’ custody for almost thirty years before it was acquired by the vendor in 2018

During Mr Harris’ ownership the car was maintained by Jack Barclay and a local specialist, at some stage during Harris’ ownership the Rolls had been re-painted with Black coachwork. Invoices on file show regular maintenance and MoT certificates dating back to 1980 (held on file) confirm the low mileage of 53,500 miles from new

The subject of an extensive cosmetic restoration by the current owner, this unique MPW Convertible is offered in superb condition throughout and presents exactly as it was ordered new by Mr Smart, correctly finished in its unmissable ‘Magenta’ coachwork

Whilst Rolls Royce may not have considered it to be in the spirit of the brand initially, in our opinion this Rolls defines the ‘Spirit of the Seventies’ and the individuality of its original and flamboyant owner

Quite probably one of the coolest cars we will ever have the pleasure of handling  and ready for immediate viewing. Interested parties should note that due to complicated legal reasons and Brexit we are sadly unable to offer this seventies icon with accompanying Elephant 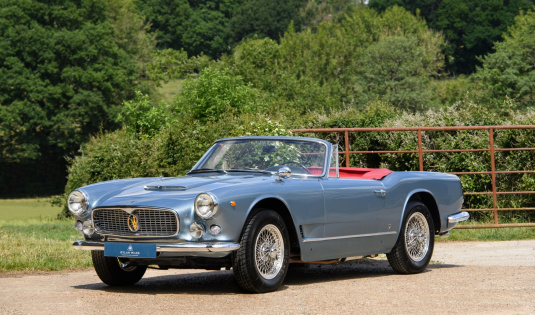 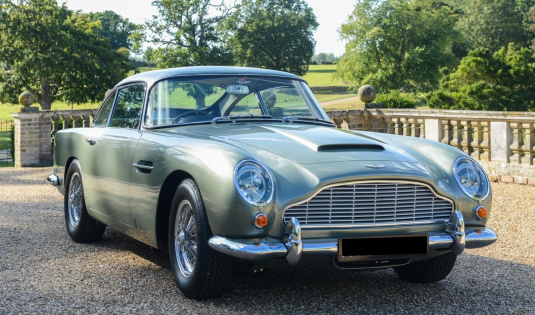