It was around 1984 when Vittorio Strosek unveiled his vision on the Porsche 928. This modified Porsche 928 was Strosek’s first project for his own company, Strosek Auto Design. In the years before he had worked for EVEX (Porsche) and Willy König from Koenig-Specials

The Strosek Porsche 928 -Version I, II and II

The initial Strosek program for the Porsche 928 consisted of a series of spoilers, bumpers and other cosmetics divided into three stages, the Version I, II and III

The “Version I” had the normal width of the 928, but did have heavily modified bumpers, spoilers and a huge rear wing. The headlights of the 928 were optionally replaced by those placed in the new front bumper, which left a smoother bonnet with only a powerbulge and NACA-inlets. This option was available for all Strosek 928 versions, I to III. The Version I was equipped with 16″ BBS rims on 225 / 50VR16 tires on the front and 245 / 50VR16 or the 225s for the rear. The price of the full kit was about 14.000 DM (1986), about half of the Version III

The Strosek 928 “Version II” was widened at the rear, enabling Strosek to mount wider BBS rims and tires at the rear (265 / 50VR16). The widened rear fenders show great similarity with the designs Vittorio Strosek made for Koenig-Specials in the years before. A quick look at the Version II makes it look almost the same as the Version II, though the stock front wings and smaller front tires set it apart. The Version II was priced at 20.000 DM (1986)

The most extreme conversion Strosek offered was the Strosek “Version III”, which was the full wide body kit for Porsche 928 with all the modifications of the Versions I and II but additional widened front wings to fit the more outwardly placed, deeper 16″ BBS rims. Prices for the full Version III were some 23.000 DM (1986)

This automatic example was built in 1987 and is fitted with a ‘Version 1’ Strosek kit, 17″ OZ Futura wheels and glorious sounding Strosek sports exhaust system. Offered with French registration, further details to follow soon 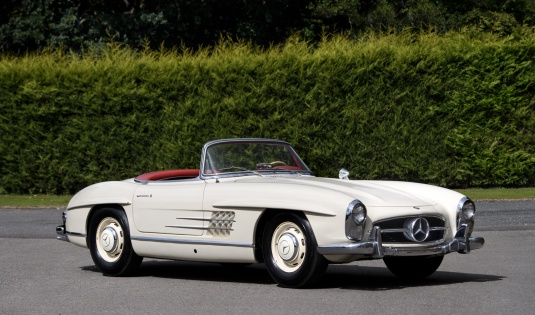 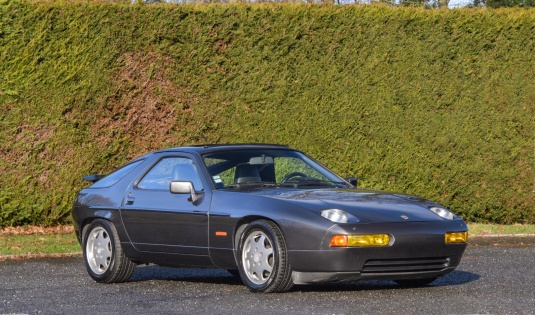