The Porsche 928 was launched into production in 1978, a highly capable GT car powered by a 4.5L naturally aspirated V8 mounted in the front of the car, the new 928 model was a radically different to its rear engined 911 sibling

By 1989 Porsche had evolved the 928 with the even more powerful 928 GT which featured a top speed of around 170mph and was the Stuttgart firm’s fastest production car at that time before they launched the model’s ultimate incarnation: the 928 GTS

Introduced at the Frankfurt Motor Show in 1991, the GTS boasted a 5.4-litre engine producing 345bhp and automatic versions were fitted with the much faster responding Dynamic Kickdown gearboxes, setting them apart from the previous models. The GTS model also benefitted from a complete electrical revamp, eradicating the problems of past models the GTS remained in production until the model’s deletion in 1995

Ordered new destined for delivery in Japan, the accompanying Certificate of Authenticity states that this remarkable 928 GTS was sold via Porsche Japan and was first registered in February 1994. Specified from new in rare and attractive Amazon Green Metallic coachwork with a Carrera Grey interior, original options included a top tinted windscreen, sunroof and soft-look leather front seats

This right-hand drive, automatic transmission GTS has covered a mere 27,000 km (16,777 miles) and was imported into the UK in 2015. Acquired by funk sensation Jay Kay of Jamiroquai in late 2018, the GTS benefitted from a 12k miles service at the time of his purchase, which also included replacement cambelt and new tires, wheel alignment, upgraded Bluetooth/DAB head unit

Surely one of the lowest mileage 928 GTS models extant and finished in an extremely rare colour combination, with fantastic ownership provenance, superb condition and low mileage, one would struggle to find a better example 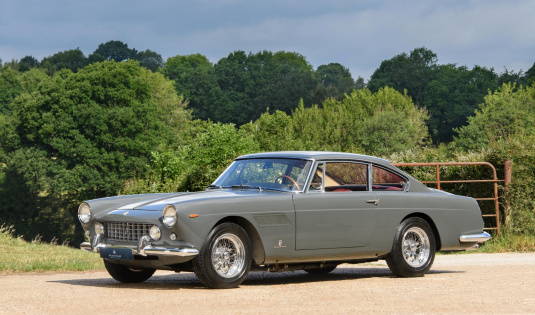 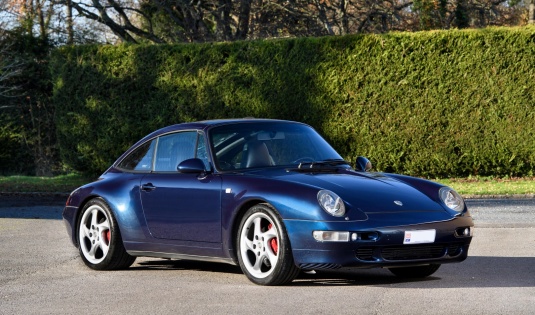