This Matchless-engined SS100 was supplied new on 25th May 1938 to Messrs Jackson’s Garage in Surrey and is the only Brough Superior ever supplied to them. The frame dates from 1936 and the engine from 1938, but despite this fact the machine has matching numbers; whether or not the frame lay on a shelf at the factory between 1936 and 1938, or Brough reused an old frame, is not known. The numbers of the frame, engine, gearbox and oil tank all match those on the accompanying copy Works Record Card, which refers to this machine as a ‘1937 End of Season’ model

Interestingly, the works record card shows that this machine left the factory with a left-hand spout for the oil tank, a unique feature. It still has its original Amal 6/200 carburettor and split, rather than hinged, rear mudguard

The SS100 was first registered as ‘GPH 697’ but nothing is known of its history prior to December 1963 when it was advertised for sale in the BS Club newsletter by a Mr S F Knapp of Bucklebury Common, Berkshire. The Brough was described at the time as having accrued slight accident damage with part of the frame twisted, gearbox cracked, petrol and oil tanks damaged, also exhaust – but with recently overhauled engine and the asking price was £40!

It is assumed that the Brough was sold to Frank Vague soon afterwards, the owner of the famed ‘Broughs of Bodmin Moor’ collection, where it remained unused for the next fifty-three years until his passing, alongside the other desirable Brough Superior machines in Vague’s collection

Completely restored by marque expert Simon Miles between 2016-2019 with the key focus on preservation and retaining as much originality as possible, Miles was able to carefully bring this important Brough back to its former glory over three painstaking years

Following the completion of its preservation restoration, the SS100 was displayed on our stand at the 2019 Salon Retromobile in Paris where it received an enormous amount of positive attention and admiration. The SS100 was also the subject of an extensive road test feature in Classic Bike magazine in May 2020 and was depicted on the front cover. Offered fresh to market post restoration, this is a unique opportunity to acquire a significant Brough Superior 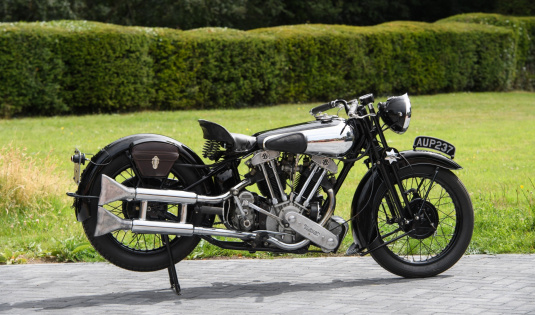 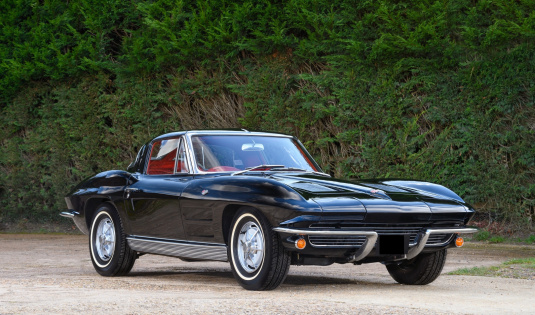