Often referred to as ‘the most famous car in the world’ the Aston Martin DB5 needs no introduction. Immortalized by its starring role in the 1964 blockbuster film ‘Goldfinger’ the DB5 gained immediate worldwide popularity by its involvement in the 007 film which it remains an integral part to the current day

Between 1963-1965 AM built 886 coupes and just 123 convertible examples. The DB5 Convertible is one of the most beautiful and desirable British cars ever constructed and our car is perhaps one of the most well known of the 123 cars

First registered on June 2nd 1964, our car was acquired by HRH Prince Michael of Kent on 9th May 1967. Interestingly by this time the DB6 Volante was in production and the DB5C was no longer a current car but Prince Michael clearly preferred the beautiful lines of the previous DB5 model over the then new DB6

In March 1968 it is understood that his highness requested a new high performance ‘C Type Vantage’ engine to be fitted by the factory and he enjoyed the car until 16th March 1970 when he sold the car to Mr Richard Miles of Abingdon, Berks. Mr Miles retained the car until 3rd July 1972 when it was sold again to Mrs Kirsten Harwood

During the next 30 years Mr Richard and Mrs Kirsten Harwood used and enjoyed the DB5C and it was a regular sight and award winner at AMOC club concours and sprint events as well as a being used on a multitude of historic rally events including the 1987 RAC Rally. Registered ‘RCH 18’ the DB5C was selected in 1994 to be featured in the exclusive book by Palawan Press entitled ‘Aston Martin: The Compleat Car’

Club records show that by the early 2000s the car was sold to Mr A.Lewis and in 2016 the previous owner commissioned a ‘body-off’ restoration by Aston Martin Works which was completed in May 2021. The DB5C was awarded with Aston Martin Works ‘Assured Provenance Certification’ at the time of completion

Fresh from its factory restoration and finished in its original and attractive ‘Tudor Grey’ coachwork with Beige interior, this important and well known DB5C is supplied with comprehensive history from new and original fitted luggage 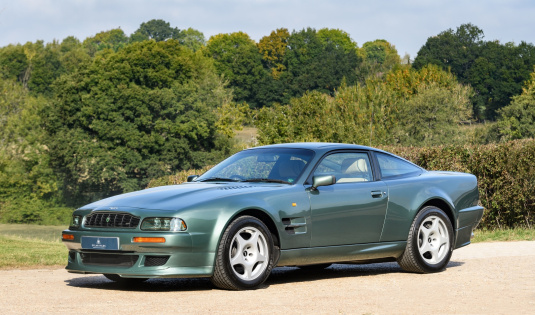 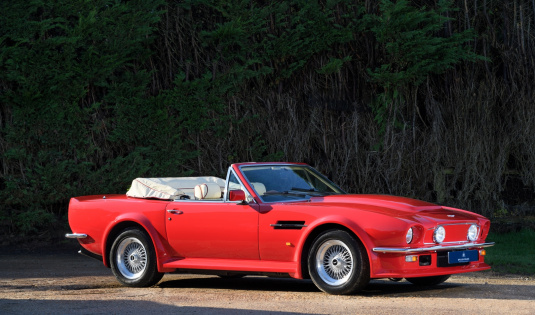