For much of its 75-year history Bristol Cars were content to keep a very low profile, selling its cars to small but loyal clientele. Models such as this 1970 Bristol 411 Series 1 exemplify what the general public was missing, a powerful, well-engineered and luxurious grand tourer with Bentley-beating speed and degree of exclusivity a Rolls-Royce owner could only dream of

Introduced in 1969, the 411 was hand-built with an alloy body in extremely limited numbers, indeed just 287 were produced across five series before production ended in 1976. Bristol had made use of Chrysler V-8 power since the 407, but the 411 marked the first use of the Chrysler B-series big-block V-8, in this case displacing 6.3 litres with an upgraded cam and other modifications supplied by Bristol. Paired with a smooth-shifting three-speed automatic which was capable of propelling the 411 to an impressive top speed of 143 mph

Our car was purchased new by noted aeronautical engineer Harold Roxbee-Cox, better known as Lord Kings Norton. Roxbee-Cox left Kings Norton Grammar School (now King’s Norton Boys’ School) at the age of 16 and joined the Aircraft Design Department of the Austin Motor Company at Longbridge, who at the time were designing and building light aircraft such as the Whippet and Kestrel

In 1922 he left Longbridge for London and began studying for both a PhD and a DIC (Diploma of the Imperial College) at Imperial College London in the aerodynamics and instabilities of wings. As soon as he had graduated, he joined the state-financed Airship R101 engineering team at the Royal Airship Works, Cardington

After the war Roxbee-Cox focused his attention to Jet engines, indeed all of the major aircraft and aero engine companies had been conducting their own research into combining gas turbines and jet propulsion, however collaboration was now more important than trade secrets and the government encouraged any efforts that could give the Allies any edge in conflict. Roxbee-Cox subsequently founded and chaired the Gas Turbine Collaboration Committee which helped to pool ideas and experience

In 1944 the Minister of Aircraft Production, Sir Stafford Cripps, nationalised Power Jets, making Roxbee-Cox both chairman and managing director. Power Jets was restyled again in 1946 as the National Gas Turbine Establishment (NGTE) and appointed Roxbee-Cox as its Director

In 1948 he moved from the National Gas Turbine Establishment to become Chief Scientist at the Ministry of Fuel and Power, where he applied his gas turbine knowledge for the benefit of power generation

Given his allegiance to the aero industry, the Bristol was the obvious choice for Lord Kings Norton. Not only did the Bristol offer speed and power, the 411 incorporated numerous clever design details that included a spare wheel tucked into a concealed compartment just ahead of the passenger-side door, a signature of Bristol motorcars. Aerodynamics were also a focus of the marque ensuring a tranquil cabin as well as achieving a high maximum speed

Extensive service history and correspondence retained on file suggests the car served as his daily driver until his death in 1997 and include a number of fascinating letters between Anthony Crook and his Lordship, the former clearly displaying upmost respect for his long-standing career within the aero industry

Acquired by the second owner in May 2002, Mr Edwards of Newport, Gwent, who retained the car until 2013 until it was sold to the current owner via a Bristol Specialist. Shortly after acquiring the Bristol he commissioned a major restoration programme with a series of upgrades, undertaken by John Arnold of Brooklands Motorsport, documented by extensive invoices and photographs that remain within the history file

The bodywork was stripped to bare metal with any repair work completed as necessary then re-painted to a high standard with all brightwork replated. The engine was completely rebuilt with the cylinder heads, block and crankshaft being acid dipped before being re-ground and cylinders rebored +20’ to accommodate new 10.5 to 1 high compression pistons, hi volume oil pump, new cams, bearings, timing chains, rockers, hydraulic lifters, water pump, hi torque starter motor and custom sports exhaust and heat wrapped exhaust manifolds

The electrical systems were re-built and the car was fitted with an uprated 120 amp alternator, the cooling system benefitted from a custom made alloy five core radiator with twin spall cooling fans, aeroquip hoses and LED/Halogen lighting upgrades

To keep the passengers cool, the owner commissioned a bespoke air conditioning system by Clayton Classics and had an upgraded hi-fi system fitted as well as improving the drivability by fitting a slightly wider Series 2 rear track, wheels and tyres, all of the aforementioned works are listed within the invoices held on file

To conclude, this is a thoroughly well sorted and tastefully upgraded example of one of Bristol motorcars most iconic models, offered with exceptional provenance and for a fraction of its build cost, this car offers tremendous value for money and won’t hang around for long! 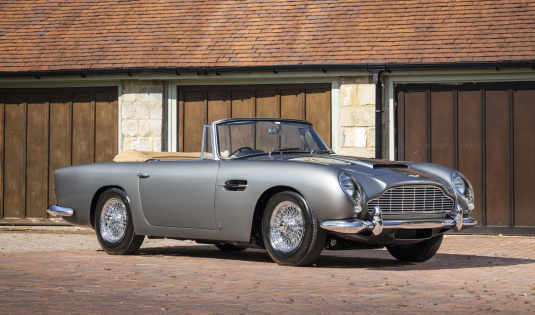 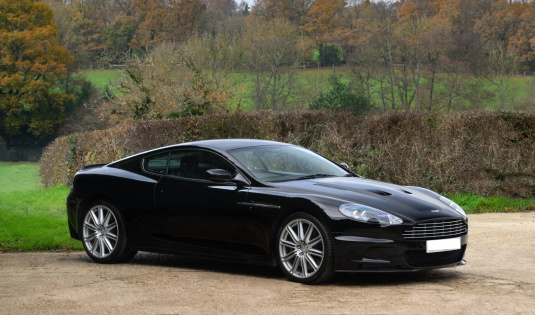