The ‘Speedster’ name has long since been associated with special low production open Porsche sports cars starting in the 1950s and the moniker was first used on the 356 model. The Porsche Speedster was introduced in late 1954 after Max Hoffman advised the company that a lower-cost, ‘spartan’ open-top version could sell well throughout the American market

Styled with a distinctive low, raked windscreen which could be removed for weekend racing, bucket seats and minimal folding top, the Speedster was an instant success, especially in the sunny climes of Southern California, further immortalised by its association with 1950s cinematic icon James Dean

By the early 1990s Porsche were well into production on the 964 generation of 911 and the low production Speedster model was added to the model range. The factory had intended on producing 3000 examples but just 925 were actually constructed, with approximately half the cars delivered to the USA and the majority of the other half in European LHD specification, making the right hand drive cars by far the rarest Speedster derivative

Supplied new by Lancaster Cambridge Official Porsche Centre and first registered on 20th May 1994, this is one of just 14 UK supplied right hand drive ‘C16’ Speedsters

Comprehensively maintained throughout its life by Porsche main agents and Porsche specialists (see service history below), this super rare speedster has covered a mere 36,960 miles from new

Previously registered ‘STR 911’ the car was featured in a magazine article in ‘911 and Porsche World’ in October 2010 entitled ‘Spyder Vs Speedster’. Within the article the-then current Boxster Spyder was put through its paces against this Speedster in a six-page driving comparison written by Adam Towler who states ‘The Speedster has a much more delicate take on driving. It is very keen to turn into a corner’

This Speedster made the press again in 2015, this time on the front cover of ‘Total 911’ magazine (Issue 129) within a main feature article entitled ‘Driven: Every generation Speedster’ written by Lee Sibley and Josh Barnett, featuring a 356 Speedster, Carrera 3.2 Speedster, our car and a 997 Speedster

Within the article the authors state ‘Backed by the improved agility of the reworked chassis, the 964 here is a contender for ‘most enjoyable drive’ as our four speedsters continue to snake through twisting B-roads among the rolling Sussex countryside’ High praise indeed!

Between 2015-2018 our Speedster formed part of the highly respected ‘Fica Frio Collection’ where it joined some of the most significant Porsche road and competition cars extant. Previously acquired by us in 2018 on behalf of a client from marque specialists Maxted-Page Ltd, the car has benefitted from recent expenditure with well known Porsche specialists Paragon where it was serviced less than 100 miles ago

Offered today with its original leather owners wallet containing the original service book and handbooks, supporting service invoices, two sets of keys and the aforementioned magazine articles, this ultra rare 911 Speedster has the added bonus of a Clubsport steering wheel and is ready for its next custodian to enjoy in the sunshine 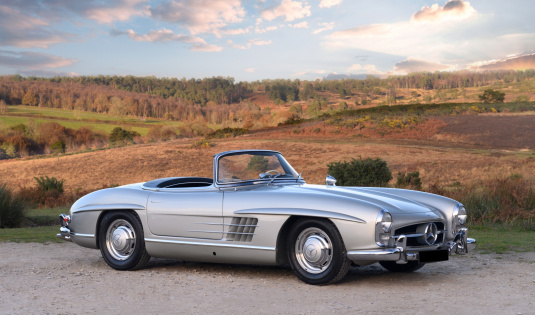 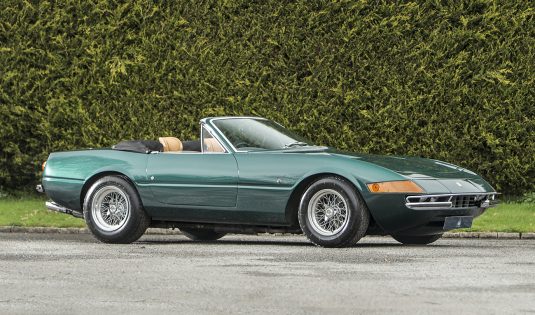