The DBRS9 was first introduced to bridge the gap between the GT1 specification DBR9 and the standard DB9 road car. Aston Martin Racing took the opportunity to unveil the DBRS9 on their stand within the paddock at Le Mans a few days before the 73rd running of the 24 hour race, 16th/17th June 2005

Constructed to compete in the FIA GT3 Championship, British GT and a number of international GT series events, the DBRS9 was a pure race car that was not anywhere near as complicated to run as the GT1 variant

Whilst the DBRS9 was effectively based on the road going DB9, it had many features of the GT1 car. Similar chassis, carbon bodywork and suspension lay-out were a few, and the engine and drivetrain were developed by the same team of engineers. The 5.9 litre engine was an uprated version of the road car, with power varying from 500bhp to well in excess of 600bhp for ‘G’ Specification cars

However the most significant difference from the road car was a reduction in kerb weight down to just 1280kg, a massive 480kg weight loss. This was mostly due to the extensive use of carbon composites for body panels and interior trim, as well as polycarbonate side windows. Common to all three cars was the bonded aluminium tub and aluminium roof panel. At the time of introduction, it was anticipated that the DBRS9 would hit 60 mph at less than 4 seconds and 100 mph in under 9

This car is the second chassis of 26 cars produced by Prodrive for Aston Martin Racing and was supplied new to Barwell Motorsport (Works Team).  During its opening season at the 2006 British GT (GT3 category) DBRS9/2 was successfully driven to outright victory, winning the GT3 Championship piloted by Leonid Machitski and Jonathan Cocker. The car also competed in the FIA European GT3 season that year with its best result being 4th place at Dijon in September

After its victorious inaugural season, Chassis 2 was sold to Australian racer John Kaias in 2007 who shipped it to Australia and went on to campaign the car in the Australian GT Series in 2007 and 2008. In 2007 Kaias competed in four races, the most notable achievement being victory in all three races at the Victorian State Circuit Racing Championship held at the Philip Island GP Circuit in September

For the 2008 season Kaias got off to a great start achieving podium finishes in all three races for the February meeting at the A1 GP Eastern Creek International Raceway. His success continued throughout the year with first place finishes in two of three races at the Shannons National Motor Racing Championship at the Eastern Creek International Raceway in July and three podium finishes in the Shannons National Motor Racing Championship Philip Island GP Circuit in August

Chassis 2 was later sold c2010 to Australian racing team Eggleston Motorsport who campaigned the car in two Australian GT Championship events in 2011 and four races in the 2012 season, achieving 2nd place at Phillip Island in May and third place at the Australian GT Winton in June of that year. For the 2014 season the car was only entered into one race at Sandown where it achieved another podium finish

Configured in the ultimate 600BHP + ‘G’ Specification with six speed sequential gearbox, this championship winning example must be considered as one of the most significant DBRS9 examples of all the 26 cars constructed

Repatriated to the UK in 2019 and EU taxes paid upon arrival, DBRS/2 has recently been the subject of full cosmetic restoration returning it to the original championship winning ‘Barwell’ livery. Supplied with a comprehensive spares package and eligible for Aston Martin Masters and the Invitation Class of Peter Auto Endurance Racing Legends, DBRS9/2 is a significant car in Aston Martin racing history and superb value for money in the current marketplace 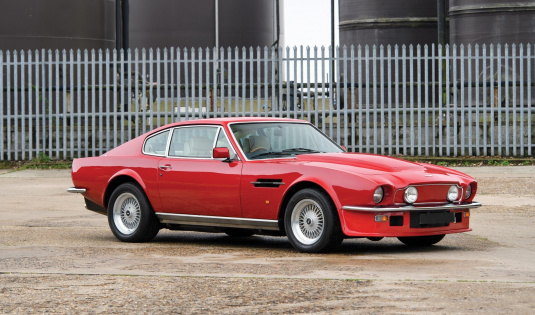 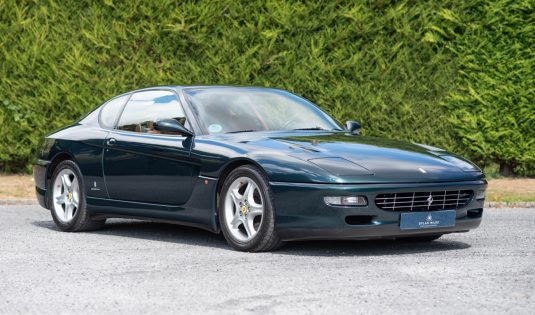