By early 2010, Aston Martin Racing was heavily immersed in the development of the replacement for the DBRS9, the V12 Vantage GT3. Some 25 examples of the DBRS9 had been produced and the cars had achieved great results, previously winning both the British GT Championship and FIA GT3 Championship but the focus was now on the production of its replacement, the forthcoming V12 Vantage GT3

At the eleventh hour a deal was struck by Hong Kong-based entrepreneur Phillip Ma for Aston Martin Racing to produce one more car, the final example of the DBRS9, the car we are delighted offer, chassis 26. There was to be one major difference with this car over the other 25 examples, rather than being built to homologated GT3 specifications, it would be built to a higher state of tune for racing in the GTC class of the Intercontinental Le Mans Championship (ILMC), at the time this was recognised as the highest level and most prestigious series of GT racing on the planet. The ILMC encompassed all of the premier categories of GT racing; including GTC, GT2, LMP2 and arguably the jewel of international motorsport outside of Formula 1, the fabled premier class of LMP1

For Mr Ma there was only one goal in mind for Chassis 26, that was to win the GTC class of the third ILMC round at his local ‘home’ circuit of Zhuhai, China. He engaged his personal racing team ‘Hong Kong Racing’ (HKR) to forge a technical and strategic partnership with Aston Martin Racing in order to achieve this goal. His efforts to persuade Aston Martin Racing proved successful, with the factory team agreeing to provide a full complement of their technicians at the event along with one of their star drivers, Swiss native Mathias Beche, to help bring the car across the finish line and on the podium

Aston Martin Racing completed this final example, known as Chassis 26, fitted with sequential transmission and ‘G Spec’ 650bhp engine, giving it the distinction of being fitted with engine number 31, the final engine that the team would ever produce for the DBRS9. The car and team arrived in China with Hong Kong Racing one week before the ILMC race and rigorous testing began, the event itself started well with the car qualifying second in GTC class for the race start

The race itself was eventful, chassis 26 suffered a number of setbacks during the 1000km endurance event but ultimately performed extremely well with the car finishing in second position within GTC class. Following the race the DBRS9 was retired from competition and displayed in Mr Ma’s personal collection for the next seven years before being purchased by Australian collector and Aston Martin specialist Jordan Roddy in late 2017. After he acquired the car it was sent to his personal workshops in Melbourne, Australia, for sympathetic recommissioning to race-worthiness and subsequently participated in selected demonstrations and track days around Australia

We are delighted to have been selected by Mr Roddy to offer his significant competition Aston Martin to market. In our opinion, chassis 26 stands out as one of the most unique Aston Martin racing cars in existence, not only being the final car of 26 examples produced, but being the only Aston Martin DBRS9 ever produced by the factory racing team for GTC competition. Further, it remains one of the most original, best-preserved and low mileage examples of the model. Recently repatriated from Australia to the UK, EU taxes have been paid and the car is in free circulation within the European Union

Offered with a comprehensive spares package, this important Aston Martin competition car is in exceptional condition both mechanically and cosmetically, ready to race and is eligible for a number of events including Masters Historic Racing ‘Aston Martin Masters Endurance Legends’ and the invitation class of Peter Auto’s ‘Endurance Racing Legends’ 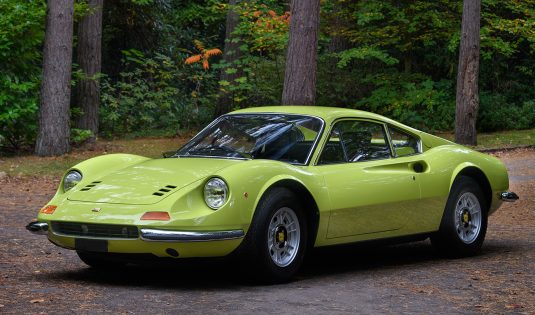 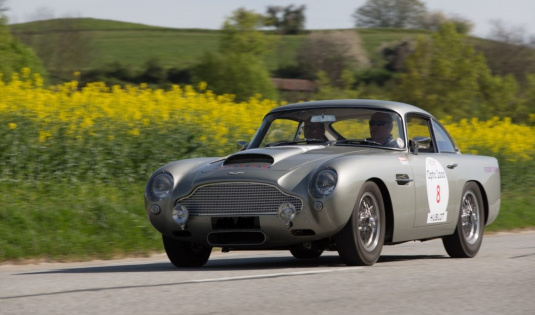